I've started looking at running my iPad app in macOS 10.15 using Xcode 11. I've run through the steps to add Mac support but when I build it complains that some of the libraries I use at link time are compiled for macOS and not 'UIKit for Mac'. Surely they are both x64 architecture so I'm slightly confused. Building a Static Library with an IDE Problem You wish to use your IDE to build a static library from a collection of C source files, such as those - Selection from C Cookbook Book.

Two important factors that determine the performance of apps are their launch times and their memory footprints. Reducing the size of an app’s executable file and minimizing its use of memory once it’s launched make the app launch faster and use less memory once it’s launched. Using dynamic libraries instead of static libraries reduces the executable file size of an app. They also allow apps to delay loading libraries with special functionality only when they’re needed instead of at launch time. This feature contributes further to reduced launch times and efficient memory use.

Jul 23, 2012 A static linker collects compiled source code, known as object code, and library code into one executable file that is loaded into memory in its entirety at runtime. The kind of library that becomes part of an app’s executable file is known as a static library. Static libraries are collections or archives of object files.

What Are Dynamic Libraries? 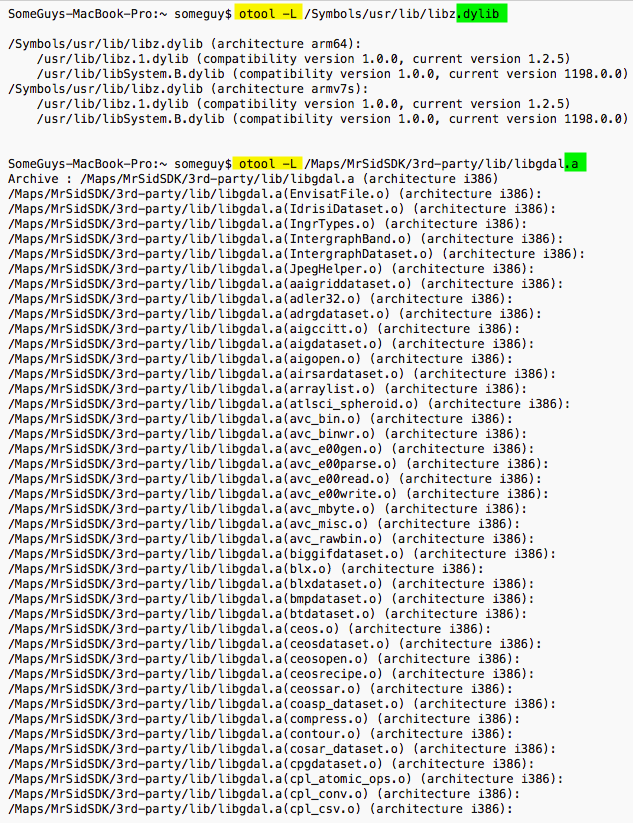 When an app is launched, the app’s code—which includes the code of the static libraries it was linked with—is loaded into the app’s address space. Linking many static libraries into an app produces large app executable files. Figure 1 shows the memory usage of an app that uses functionality implemented in static libraries. Applications with large executables suffer from slow launch times and large memory footprints. Also, when a static library is updated, its client apps don’t benefit from the improvements made to it. To gain access to the improved functionality, the app’s developer must link the app's object files with the new version of the library. And the apps users would have to replace their copy of the app with the latest version. Therefore, keeping an app up to date with the latest functionality provided by static libraries requires disruptive work by both developers and end users.

A better approach is for an app to load code into its address space when it’s actually needed, either at launch time or at runtime. The type of library that provides this flexibility is called dynamic library. Dynamic libraries are not statically linked into client apps; they don't become part of the executable file. Instead, dynamic libraries can be loaded (and linked) into an app either when the app is launched or as it runs.

Figure 2 shows how implementing some functionality as dynamic libraries instead of as static libraries reduces the memory used by the app after launch.

Another benefit dynamic libraries offer is that they can be initialized when they are loaded and can perform clean-up tasks when the client app terminates normally. Static libraries don’t have this feature. For details, see Module Initializers and Finalizers.

One issue that developers must keep in mind when developing dynamic libraries is maintaining compatibility with client apps as a library is updated. Because a library can be updated without the knowledge of the client-app’s developer, the app must be able to use the new version of the library without changes to its code. To that end, the library’s API should not change. However, there are times when improvements require API changes. In that case, the previous version of the library must remain in the user’s computer for the client app to run properly. Dynamic Library Design Guidelines explores the subject of managing compatibility with client apps as a dynamic library evolves.

How Dynamic Libraries Are Used

The dynamic loader resolves only the undefined external symbols the app actually uses during the launch process. Other symbols remain unresolved until the app uses them. For details on the process the dynamic loader goes when an app is launched, see “Executing Mach-O Files” in Mach-O Programming Topics.

Note: The target architecture of the client and the dynamic library must be the same. Otherwise, the dynamic loader doesn’t load the library.

Different platforms implement their dynamic loaders differently. They may also have custom dynamic code-loading interfaces that make code difficult to port across platforms. To facilitate porting an app from UNIX to Linux, for example, Jorge Acereda and Peter O'Gorman developed the dynamic loader compatibility (DLC) functions. They offer developers a standard, portable way to use dynamic libraries in their apps.

The DLC functions are declared in /usr/include/dlfcn.h. There are five of them: